Thanks for reaching out!
Rocket Yard > Tech Tips > Rocket Yard Guide: Turning An Older Mac Into A New Chromebook

Maybe your older MacBook doesn’t meet the specs to run OS X El Capitan, or your child’s school decided to switch to Google Chromebooks. Either way, there’s now a very simple way for you to convert that semi-retired Mac into a Chromebook-compatible device.

Neverware’s CloudReady can run on a huge number of devices — PCs as well as Macs — but for this article, we’re going to concentrate on one thing: how to turn an older Mac into a Chromebook.

For individual users, CloudReady is free, meaning that you can give it a try without spending a dime. So how is it done? Simply follow the steps below to find out:

1.) Make sure your Mac is certified to run CloudReady. The following models will work perfectly:

For the purposes of this article, I have a MacBook 4,1 on hand that is in working condition, although the screen has a tendency to blank out if the machine is jiggled. Still, it’s a perfect candidate to become a Chromebook. (Note: The screenshots in this article were taken with a camera. During installation, there is no way to get a Chromebook screenshot.)

And to get the best performance from your Chromebook-in-the-making, MacSales.com offers memory and storage upgrades. You can also pick up a Refurbished Mac from MacSales.com if you’re in need of a second or even a first Mac.

2.) Get your hands on a USB 2.0 flash drive with either 8GB or 16GB of storage. It must be 8GB or 16GB, so don’t try to use something larger. Don’t have one on hand? OWC offers several different models of 16GB flash drives for sale.

Be sure to erase the drive. For this, and for the purpose of creating the USB installer, you can use any Mac. I used my supercharged 27-inch 5K Retina iMac.

3.) If you already have Google’s Chrome browser installed on your Mac, go to step 5. If not, proceed to Step 4.

5.) Next, we want to open the installation zip file that will be downloaded in Step 6, so install The Unarchiver (free) from the Mac App Store.

6.) Launch the Chrome browser on your Mac, and enter www.neverware.com/freedownload into the search/address bar before pressing the Return key. The file “cloudready-free-46.1.20.bin.zip” is downloaded to your Mac automatically and appears in your Mac’s Downloads folder.

7.) Open the Downloads folder, then right-click the file “cloudready-free-46.1.20.bin.zip” and select “Open With The Unarchiver”. If you’re asked where to save the unarchived file, click the button that indicates that you wish to save it in the same folder as the archive file. The file is unzipped, and a new file named “chromiumosimage.bin” appears in the Downloads folder.

8.) In the Chrome browser on your Mac, type or paste in this address: https://chrome.google.com/webstore/detail/chromebook-recovery-utili/jndclpdbaamdhonoechobihbbiimdgai?hl=en. This takes you to the Chrome Web Store and to the Chromebook Recovery Utility that allows you to create a recovery media for a Chromebook. Click the Add To Chrome button in the upper right corner (see image below).

9.) The Chromebook Recovery Utility is added to the Chrome App Launcher, which is installed by default in your Mac Dock. When you click on it, the App Launcher displays all of your Chrome apps (see image below):

11.) Make sure that everything you need is off of the old Mac, because installing Chromium OS on this device is going to wipe out everything on the internal drive.

12.) Power down the Mac, then plug the flash drive into one of the USB ports.

13.) Hold down the Option key on the keyboard, then power the Mac back on. Pressing the Option key while booting displays all of the available boot devices, which should include whatever version of OS X you had installed, the OS X recovery partition, and the flash drive, which will be listed as EFI Boot (outline in red on the image below). Use the arrow keys on your keyboard to select the flash drive, then press the return key.

14.) Now CloudReady installs itself temporarily on the system. You’ll get to a point where you’re asked for your language, keyboard type and to connect to a Wi-Fi network (see image below). When those tasks are done, press the Continue button. Next, you get to install Adobe Flash. And finally, you’re asked to “Sign in to your Chromebook”.

15.) At this point, enter your email address (see image below) and password. If it’s a Gmail address you have associated with Chrome at some point, any and all Chrome apps you’ve installed will automatically appear on your Chromebook.

16.) “Howdy, User.” Once you have been greeted by your Chromebook (see image below), it’s a good time to check out the quick tour of Chromium by clicking the Take a tour button.

17.) Pretty fast tour, isn’t it? Well, you’re not done yet. Go over to the lower right-hand corner of the screen and click that little image of you. A menu appears, and the top item on the list under your name is “Install CloudReady”. Wait, didn’t you already do this? No, you actually booted off of the flash drive. Here, you’ll launch a CloudReady installer that installs a copy of CloudReady onto your Mac/Chromebook hard drive. Click the Install CloudReady button.

18.) You’re given the option to create a dual-boot CloudReady + Microsoft Windows device. Since your Mac doesn’t already have Windows installed, select Install CloudReady Standalone (see image below). Now, in about 20 minutes, everything is installed for you and the device is rebooted. A “CloudReady Installation in Progress” screen keeps you entertained during this time.

19.) This time, the only choice you have is to boot right into CloudReady and Chromium. You’ll hear the standard Mac startup tone, but you’re not going to see the Apple logo on the screen. Instead, you’re greeted with “Welcome to Grub!” (a boot loader) in text and shortly thereafter your face appears on the screen, signaling that you can log in.

20.) Once you log in again with your Google account, you can go wild with installing Chrome apps from the Chrome Web Store. Since the only thing on your toolbar will be the Chrome browser, do a search for “Chrome Web Store” and then follow the link.

So, how does it work? Surprisingly well. The boot time can be a little slow, but once the system is up and running you have access to a world of Google and third-party apps. If you’re already using Google Docs, Sheets, Slides, Drive or any of those other apps on your Mac or PC, they’re available from the browser on your Chromebook. Want to listen to music or watch movies from your favorite non-Apple services? Players for Spotify, Google Play, Netflix and more are available.

A word of warning, though — some of the apps and browser extensions in the Chrome Web Store are just plain flaky, and it doesn’t appear that there’s as much proper vetting of apps going on as you see in the Apple App Stores. But for those of you who may be working in that world already, converting an unused Mac to Chromium using CloudReady is a fascinating alternative to just letting it gather dust.

Related article: Friday Five: Amazing Things You Can Do with Google Chrome Browser on a Mac

Note: The Rocket Yard has no affiliation with the software mentioned in this article and receives no benefit related to this support (other than a benefit we all share in the continued support of these applications). If you appreciate the function or functionality this software offers, we encourage you to support the authors.

Related Reading: See why OWC drives and docks are the perfect Chromebook companion 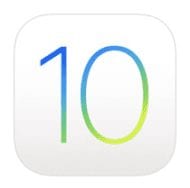 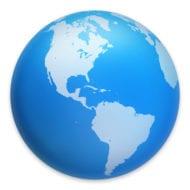 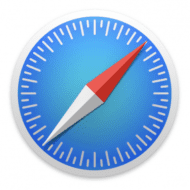 More than Safari: How to Switch Between Mac Web Browsers 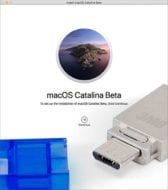 How to Create a Bootable macOS Catalina Installer

the authorSteve Sande
Contributing Author
Steve has been writing about Apple products since 1986, starting on a bulletin board system, creating the first of his many Apple-related websites in 1994, joining the staff of The Unofficial Apple Weblog in 2008, and founding Apple World Today in 2015. He’s semi-retired, loves to camp and take photos, and is an FAA-licensed drone pilot.
All posts bySteve Sande
Be Sociable, Share This Post!
Steve SandeMarch 20, 2016 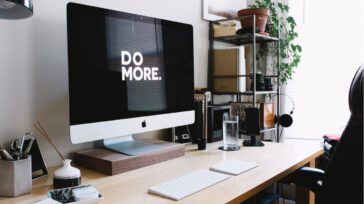 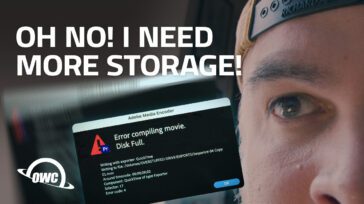 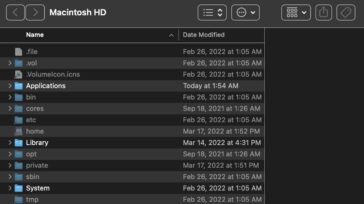 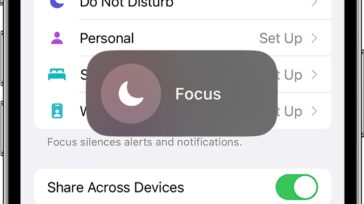