Thanks for reaching out!
Rocket Yard > Random Thoughts & Topics > Don’t throw out that PPC Mac…

Don’t throw out that PPC Mac… 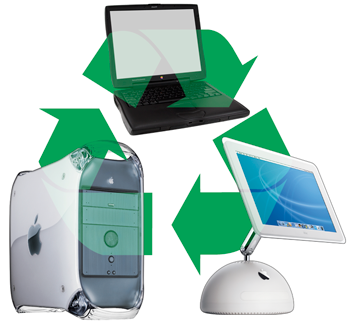 Snow Leopard is coming and with it will be a major streamlining of the whole code base. This is a bit of a mixed blessing.

This streamlining (and the addition of a number of new technologies) will allow for a reduction in size of an OS installation, while still allowing for a decent jump in speed and/or efficiency.

The down side of this, though, is that Snow Leopard will only run on Intel-based Macs. This really isn’t something unexpected. Every iteration of Mac OS and OS X has had some sort of hardware cutoff, and this time around it’s “Intel processors only.”

This is understandable; by limiting to one type of processor, the redundant code can be eliminated, allowing for more efficient use of system resources and overall optimization. The OS is able to move forward by leaving behind that which holds it back.

However, this is also a bit of an annoyance to those who have PPC-based machines, many of which are still in operation. The new OS doesn’t support it, and as a result, many day-to-day applications may soon no longer work. That doesn’t mean they’re not useful, though. Heck, I still challenge any other Mac to beat my Mirror Drive Door in consistency and performance when benchmarking FireWire 800 hard drives.

While the newer versions of some software may eventually require Snow Leopard, anything currently shipping will work just fine under Leopard. There should be a number of Security Updates for 10.5, just as there were for 10.4, so you’re not being left high and dry in that regard. Finally, many third-party apps are coded so they’ll work just fine under any OS X version from 10.3 and up.

If, however, you require the latest and greatest in OS and applications, then you’ll be needing an Intel Mac soon. That, however, leaves you with the question of what to do with your PPC Mac.

Even though they may not be suited for your Snow-Leopard-Requiring day-to-day tasks, PPC machines are still capable of acting as single-task workhorses. Here’s just a couple of ideas:

File Server: OS X’s built-in file sharing allows for easy setup of a machine as a simple file server. For those with more advanced needs, OSX Server has a number of extras that should easily do the trick. All you need is an 867MHz G4 processor or faster. Those with G4 Towers that don’t quite make this speed requirement can still use Leopard by first installing a processor upgrade. You can then install up to 4 or 5 extra internal hard drives, either on the internal ATA bus, or add a SATA card and put in the largest, fastest drives you can. A couple of quick licks in the Sharing preferences, and your files are available anywhere on the network you want them to be. While you’re at it, you can also set up Printer Sharing on that machine, allowing all your networked computers to share the same printer, too.

Kids computer – Got kids that have homework to look up or games they want to play? While it may not play the latest and greatest games, your PPC Mac has enough life in it to cover many kids uses. A decent word processor for reports, basic email & Web apps and some older games all run well on these machines. Once you have what your kids need installed, simply set up their account(s) as needed, and then fire up the Parental Controls preference pane. There, you can limit time spent on the computer, bedtime, which sites can or can’t be visited, and the like. You can even limit which programs can be run.  Once it is set up, your kids have a terminal of their own, leaving your machine open for your own marathon sessions of World of Warcraft.

Guest Terminal – Many years ago, I was renting a house with three other people, and we all were frequently online. The main problem was that only three out of the four of us owned computers. The fourth would always need to “borrow” one of ours. Unfortunately, they also had a habit of downloading whatever caught their fancy, opening up possibilities to viruses or, at the very least, filling up the hard drive. As a Mac user, I had more resistance to viruses than my Windows-using roommates, so I set up a “spare” machine (in fact, my trusty Wallstreet PowerBook) with a “Guest” account, where they could check their Web-based email, read news, etc, but they couldn’t change anything or save any files. It worked great. An older ‘Book can easily be left in the guest room with a similar setup, allowing overnight guests a way to check their email while visiting without exposing you to their careless computing.

Music Repository/Jukebox – If your music collection is approaching the proportions of some of the people around the office here (myself included), it may be time to move a good portion of it to a central location, especially if you have multiple machines you listen to it on. Several years ago, I wrote a piece on turning a G3 iMac into a simple jukebox. Once you’ve set your computer up with all your music, simply turn on the option to share the library in the preferences, and you’ll be able to listen to music from that library on any computer running iTunes on your local network.

Dedicated BitTorrent Client – Though most people immediatly think “illegal file sharing” when they hear “BitTorrent,” it is also a very effective way to distribute large files legally. Examples of this include independent bands with MP3s that don’t have the server bandwidth and various distributions of Ubuntu Linux. By dedicating a single machine to this task, it frees up other machines (and their bandwidth) for more immediate use. I know several people who use a G3 iMac for this purpose.

Curing diseases – Truth be told, this could be added to any of the above suggestions, but I’ll put it down as a separate item anyway. Even if you’re not using your PPC Mac all the time, there’s no reason it can’t be working. Set up Folding@Home, and put those spare processor cycles to good use, folding proteins and helping to find cures to diseases.

There are many more dedicated uses out there – the possibilities are really only limited by your creativity.

Of course, to get the most out of these machines, you’re going to want to make sure they’re running at peak performance. Maxing out the memory gives you the most bang for your buck, but adding a faster hard drive and even upgrading the processor can add some significant “oomph” to your PPC’s performance to its new tasks.

Even if you don’t know what upgrades are appropriate for your machine, OWC’s got you covered there. Simply check out the easy-to-use “My OWC” upgrade finder, enter in your computer’s information, and you’ll be given a list of compatible upgrades.

Don’t worry about Snow Leopard leaving your PPC Mac behind. With a little creativity and OWC, your PPC Mac can get a new lease on life.

The Rules of Upgrading Rarely Change

Final Cut Pro X is released. OWC can help get your Mac up to the task.

Decade of Upgrade: How to Enhance Any Desktop Mac Since 2008

How to Make Sound Bridges in Premiere Pro